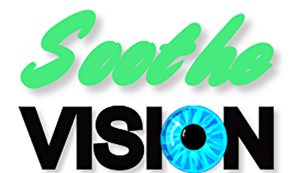 Port Glasgow High School is a mainstream secondary school (ages 12 to 18 years) in Scotland. Altogether, 60 pupils from the Port Glasgow High School attended the Young Citizen Scientist workshops, and 14 students expressed an interest in engaging with the co-production stage of the project.   A team known as ‘Soothe Vision’ was formed by a very driven student. The  team created a tool involving videos, inspiring quotes, and specially created music, and was able to pilot and evaluate it despite COVID restrictions. Below, we talked to our young citizen scientist involved about how they designed, piloted, and evaluated their tool. You can scan the QR to see the promotional video for Soothe Vision.

How did you come to design Soothe Vision?

Our aims for this project have been the same from the very start; to create a wellbeing tool that boosts the mental wellbeing of young people using project soothe images. We also wanted to focus on helping people with anxiety and anger management issues to calm down.

Our initial ideas included a small planetarium and a cardboard virtual reality headset. Both of these would be used to view a short video that, along with some calming music, would allow a stressed individual to calm down. In the end we chose to go with the VR headset idea; however, we did run into a few problems along the way.

To test this idea, we made a prototype VR headset for testing. However, our research showed that a VR headset does not work very well as a display unit for still images, and so it was back to the drawing board to re-imagine our tool.

We came up with several ideas but in the end decided to keep our original tool but to re-imagine how it was going to be displayed, that being on a normal screen. The content of the videos also evolved to include Harry Potter (Registered Trademark) specific inspirational quotes rather than general inspirational quotes as we found them very relatable and empowering. Next we needed to recruit people to pilot our tool.

Piloting the tool in lockdown must have been challenging, how did you go about it?

Yes, indeed. By this point, we were well into lockdown, so when it came to working out how to recruit willing volunteers to test the videos on, we had to plan around this. We decided to recruit pupils from our school to test the Soothe Vision tool once lockdown ended and school re-opened.

Can you describe to our readers what the wellbeing tool ‘Soothe Vision’ looks like and how did you evaluate it?

Certainly, the Soothe Vision wellbeing tool is a collection of six short videos, around two to three minutes each, which combine Project Soothe images with inspirational quotes from Harry Potter and music created specifically for the tool. These videos are hosted on the Soothe Vision wellbeing tool webpage shown on the right and accessed on the Project media tab. A Participant Information Sheet was created to tell pupils about the study so that they could make an informed choice about whether they would like to participate. A pupil/parent consent form was created. An online questionnaire was also created to collect feedback from participants about the Soothe Vision wellbeing tool. Participants had access to a computer during the class research session to access the tool and evaluation questionnaire. They also had earphones to listen to the music in the videos without disturbing other participants.

Specifically, we followed the following procedure:

How did you know if the wellbeing tool worked or not?

We collected narrative feedback from participants. We also analysed objective data such as the frequency of viewings of the videos, and the ratings given by participants. Importantly, we also looked at whether participants’ mood changes.

On a similar scale from 1 to 10, 46.2% of participants stated that the videos had made them feel a level of calmness between 8 and 10. Most participants also reported that they did not find the videos very ‘annoying’, overwhelming, underwhelming or emotional.

Participants reported that they spent between 2 and 20 minutes watching the video before completing the feedback questionnaire with others stating non-specific times for example “half the video” and “however long the videos were”.

Most participants didn’t care much for the Harry Potter Quotes and one participant requested “different quotes from different books.” However, most responses were either positive or were somewhere in the middle.

Participants were asked to rate how ‘anxious’, ‘calm’, ‘emotional’ and ‘stressed’ they felt before and after watching the videos, with 1 meaning they didn’t feel this ‘at all’ and 10 meaning they felt this ‘very much’. The results presented in the bar charts below show that participants felt slightly less anxious, calmer, and slightly more emotional after using the Soothe Vision wellbeing tool. Not much change was observed in participants’ feeling stressed.

Lots of people said that they liked the music but only one person said that quotes were their favourite part of the videos. 61.5% of participants stated that they would use the Soothe Vision wellbeing tool again, while 57.7% stated they would recommend it to friends and family.

Most people gave positive comments when asked if they had anything else that they would like to say about their experience of testing our wellbeing tool. Thirteen people abstained from this question or said that they had nothing else to add.